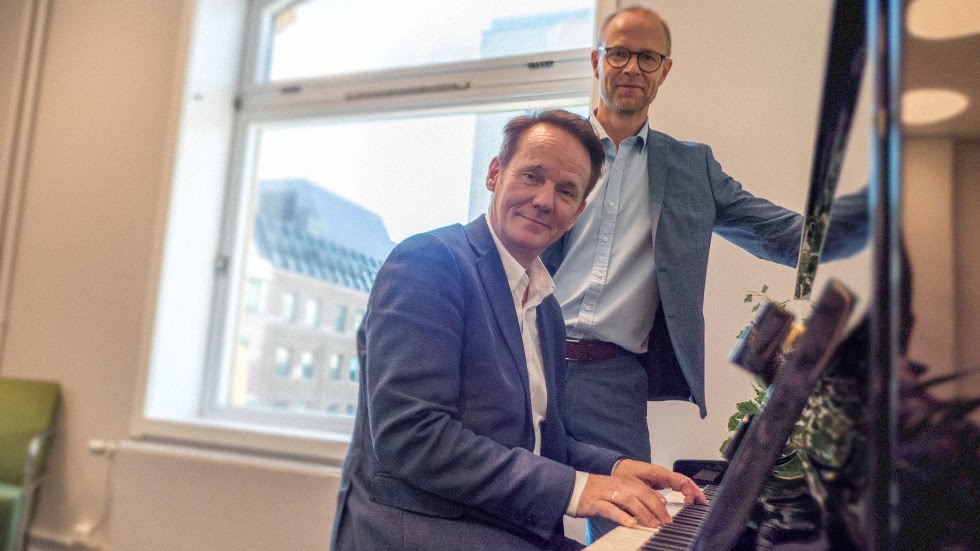 When 100 employees have to learn a new way of working, there are always one or two who are reluctant, and want to go back to the old ways. And when such changes take place in the middle of a pandemic, things do not get any easier. But when Stema switched to using Tripletex as accounting system, everyone found there was an immediate improvement.

These are the words of Eivind Thoresen Skarpaas, CEO of Stema Rådgivning. Working from offices in Oslo and Bergen, his company runs construction and project management for massive projects such as Media City Bergen, the National Museum, Økern portal and the new Tøyenbadet pool complex.

He explains that the company recently had its first physical meeting for some time, when someone spontaneously stood up and stated that this was the best system he had ever encountered.

“Getting such feedback after taking a decision that we feared might be unpopular was a pleasant surprise. Of course, the fact that the solution is so user-friendly and simple to understand is a big help.

But invoicing also goes faster than ever, and payroll runs smoothly, which means that  Tripletex  has proved to be the ideal tool for a company such as ours.”

Full steam ahead despite the pandemic

Skarpaas has become an experience elbow-bumper. He tells me how they just managed to have a meeting with the person who would later become the company’s new accountant before lockdown, with the new procedures and ways of working (and greeting!) it brought with it.

“We presented ourselves and the proposal to Stema on 11 March,” states Nils Bernhard Nilssen, CEO of Tandem, Stema’s new accounting bureau.

“The very next day, things looked very different. Many businesses decided (or were forced) to slam on the brakes. But Eivind and Stema opted to carry on. With our first meeting in March, signing in mid-April, and start date of 1 June, we only had a month in practice to set up the solution when taking Easter and May Day holidays into account. But it was an extremely efficient process indeed. It was the right time for us to make such a switch, and we saw no reason to not commit to the project. We made use of the time and opportunities we had, including in other areas. For example, we intensified our internal training programme, doubling the rate of activity. By switching to online training, the staff could take part either at home or out on a project, which turned out to be a massive success for us. We like to think that the corona crisis offers new opportunities to take the offensive and develop,” says Skarpaas. 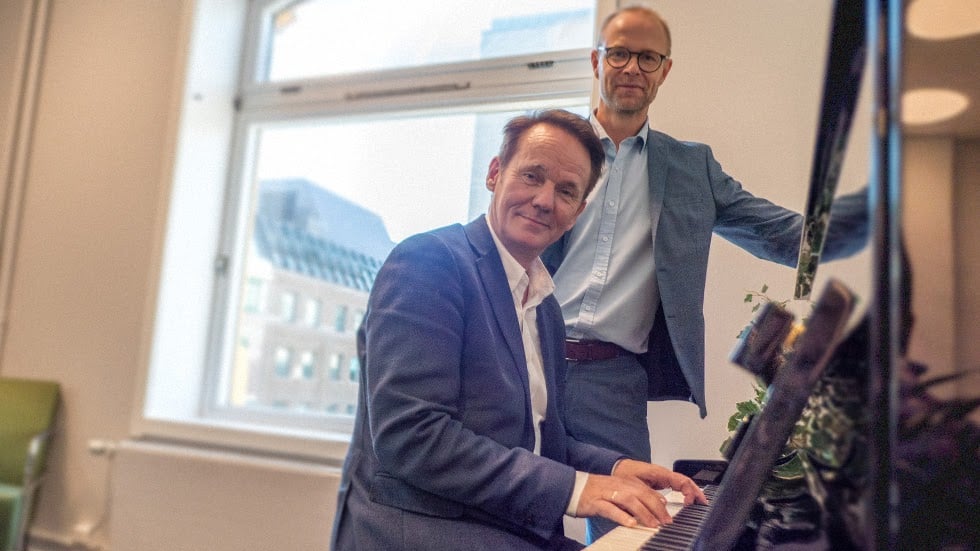 HIT THE RIGHT NOTE: CEO of Stema Rådgivning, Eivind Thoresen Skarpaas, loves to get behind the piano. He’s shown here with Nils Bernhard Nilssen, CEO of Tandem AS.

Before the meeting in March, Stema had been aware for some time of the need to update procedures and systems for payroll, timekeeping, invoicing and accounts.

“We wanted to find someone able to help us with everything within accounting, and an accounting system that was complete and could be used by most people. The timing was right for us, despite everything happening around us. We had the chance to upgrade the entire accounting function in a single process. New accountant, new accounting system and new internal organisation were to be put into place all at the same time, instead of via many phases and long processes.

That meant a lot of changes in a short time-span, and all while everyone was working in isolation with a lot of uncertainty. There was no guarantee that it would go as well as it did,” confesses Nilssen.

He says that the fully-digital project implementation gave lots of good experience for the bureau. Together and independently, the project participants ensured that implementation went quickly and cost-effectively, but without compromising quality.

“Everything went as smooth as clockwork. We were all working separately, and could only meet online. We still managed to switch to the new system on 1 June as planned. The fact that everything went so quickly, from first meeting, via decision to the new system coming online was something of an adventure. My previous experience with ERP systems is that you can work on them for years and waste millions of kroner. They often end up with a lot of mistrust due to the changes made. That was not the case with us,” says a delighted Skarpaas.

MORE READING: What to think about when choosing a new accounting system

“Life has become a lot simpler for us. For example, we are used to following government regulations and rules, and to update the system manually. Everything runs more or less automatically in Tripletex now. That’s one thing less to keep up with, and less chance of error. And if we need any information, we can simply find what we want within seconds. It’s
intuitive and easy to navigate. We used to always have to take the long way round, misunderstandings, a lot of toing and froing and wasted time,” explains the head of Stema.

“It’s all the small things that make life easier. The app for example, which makes it really easy to manage hours worked and expenses. I recently attended an evaluation meeting at

Tandem, and bought a parking ticket. I used the photo function in the app, which automatically interprets date and amount, and only had to fill in the last few details. It took me just a few seconds when I had a bit of time before the meeting. That was when I felt that we’d arrived in the right millennium compared to the Stone Age programs we had before,” concludes a smiling Eivind Thoresen Skarpaas.